How does Windows compare with MacOS or Linux for Dev Experience now?

Till pretty recently, if I had to write some code, I wouldn’t touch Windows with a 6 foot pole. I’ve written code on MacOS or Ubuntu most of my brief-so-far career, but I’ve given windows a serious shot, and, it’s just not worked out for me. The Command Prompt, or even Powershell, are just miles and miles away from what iTerm 2 on MacOS can offer. Or similar Ubuntu terminals. And then there’s shells like Zsh (especially with oh-my-zsh!) or Fish that are just so amazing! Not to mention tht Ubuntu’s apt, or snap, and MacOS’s Homebrew (also on Ubuntu now) are exceptionally loaded package-managers. Chocolatey on Windows really doesn’t come close.

But, what do I exactly mean by that? Why is CMD or Powershell miles away? Why do I like Z-Shell over the Windows shell? And is my mind changed with the introduction of the Windows Terminal?

I’ll try to elaborate on that, and you can reach out to me on Twitter with questions, complaints, or corrections.

I’ve used about half a dozen terminals so far. On MacOS, it’s been Apple Terminal, and then iTerm2 for most of my time.

The level of customization that they offer is incredible, they allow you to export/import themes, keybindings, and they support an incredible number of settings and tweaks to make the terminal truly your own. 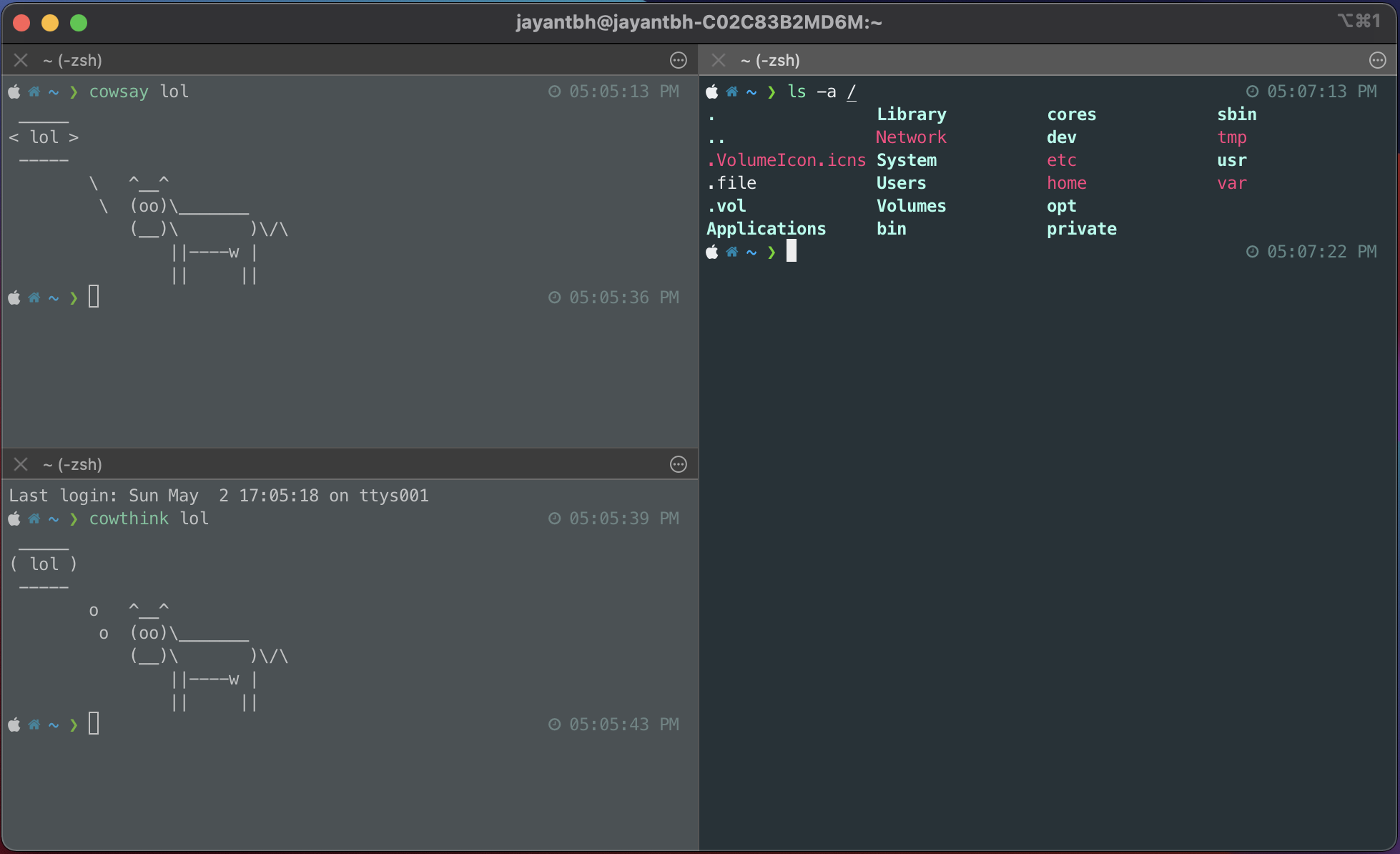 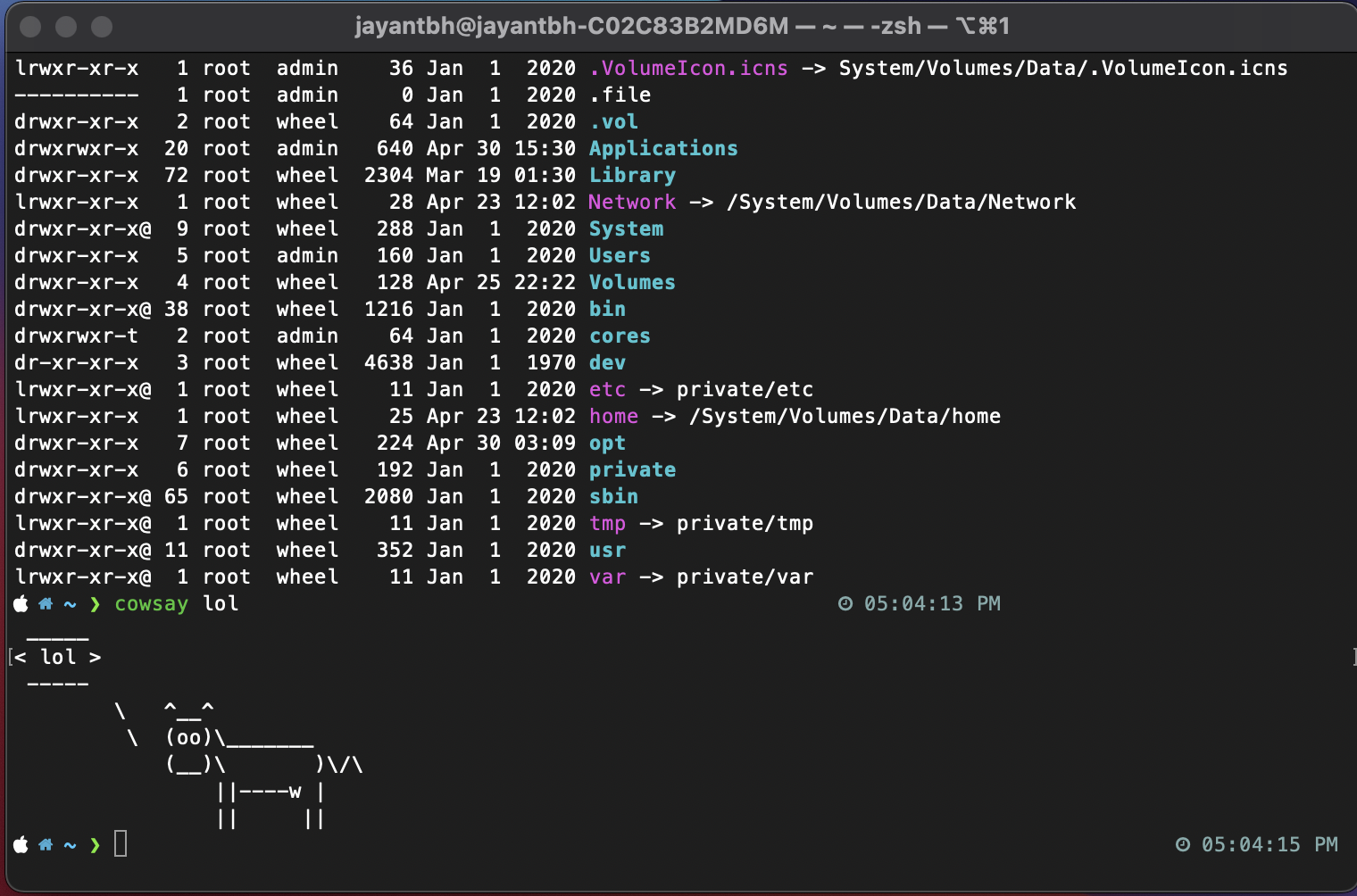 Command Prompt does not offer any of that! You have some absolute barebones theming with a handful of colours, but, it’s extremely barebones!

There’s Cmder, which is honestly quite decent, but, it tries to build on top of the existing CMD stuff, which feels very obvious when you use it, and, it’s just not as smooth an experience.

Now, Windows Terminal is worth talking about. It’s quite configurable, works really well with WSL, has many of the iTerm2 features, including importable themes, window splitting, and a few other things, supports custom fonts or ligatures well enough for me, it’s a pretty great experience. Never going back to CMD or Cmder after this. And, this is probably the biggest difference in recent times that I’ve experienced regarding being able to develop on windows.

It does help that it works really well with WSL, so my zsh profiles that I was using on Ubuntu or MacOS, can be used as-is on Windows, and any fancy symbols and stuff that I used will work mostly the same way. It really has gotten much better. 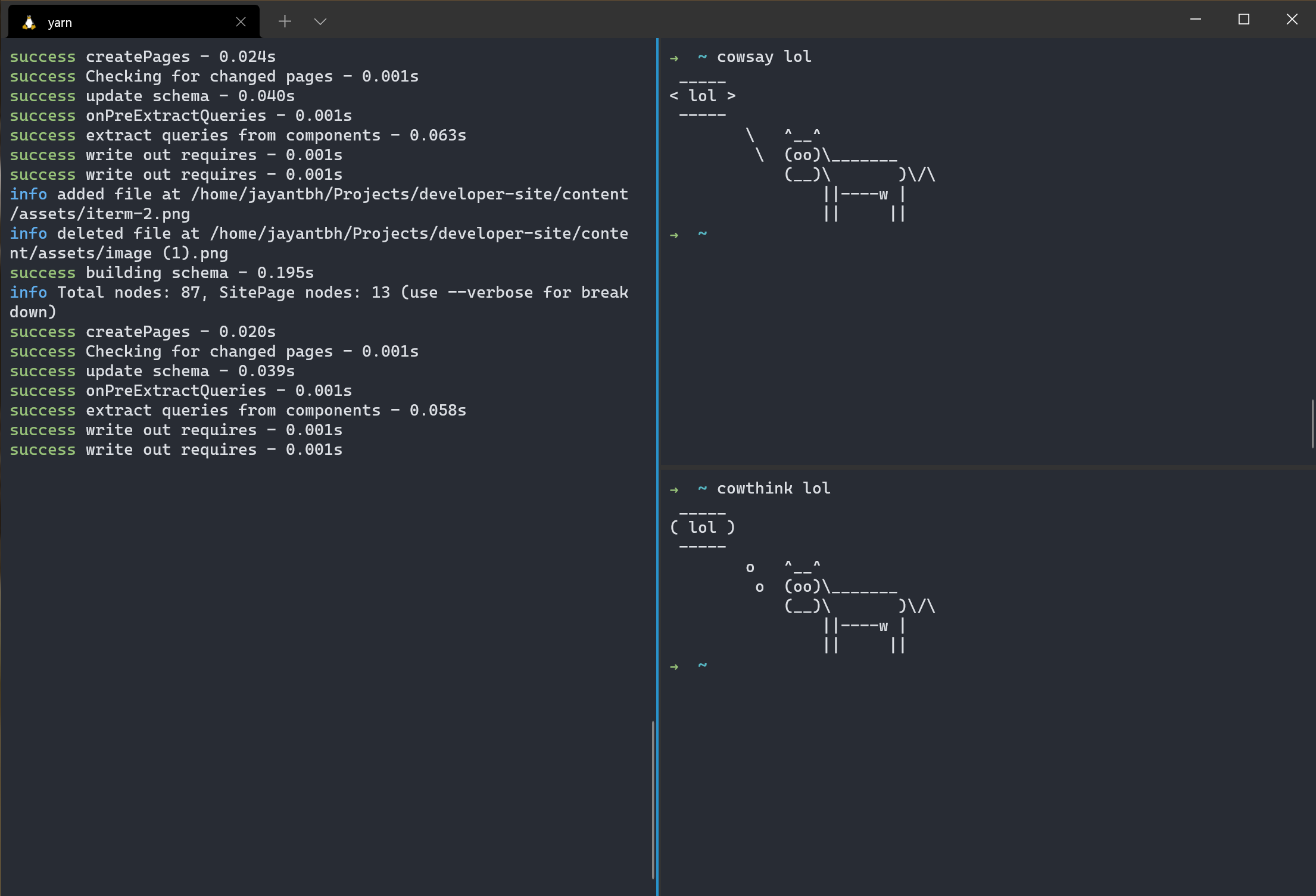 While the bash shell is quite good, the ecosystem of Z Shell is straight-up incredible!. Have you seen oh-my-zsh? It has its own plugin and theming system which is just so crazy! Here, take a look at some of the prompt themes with oh-my-zsh that require almost zero configuration. 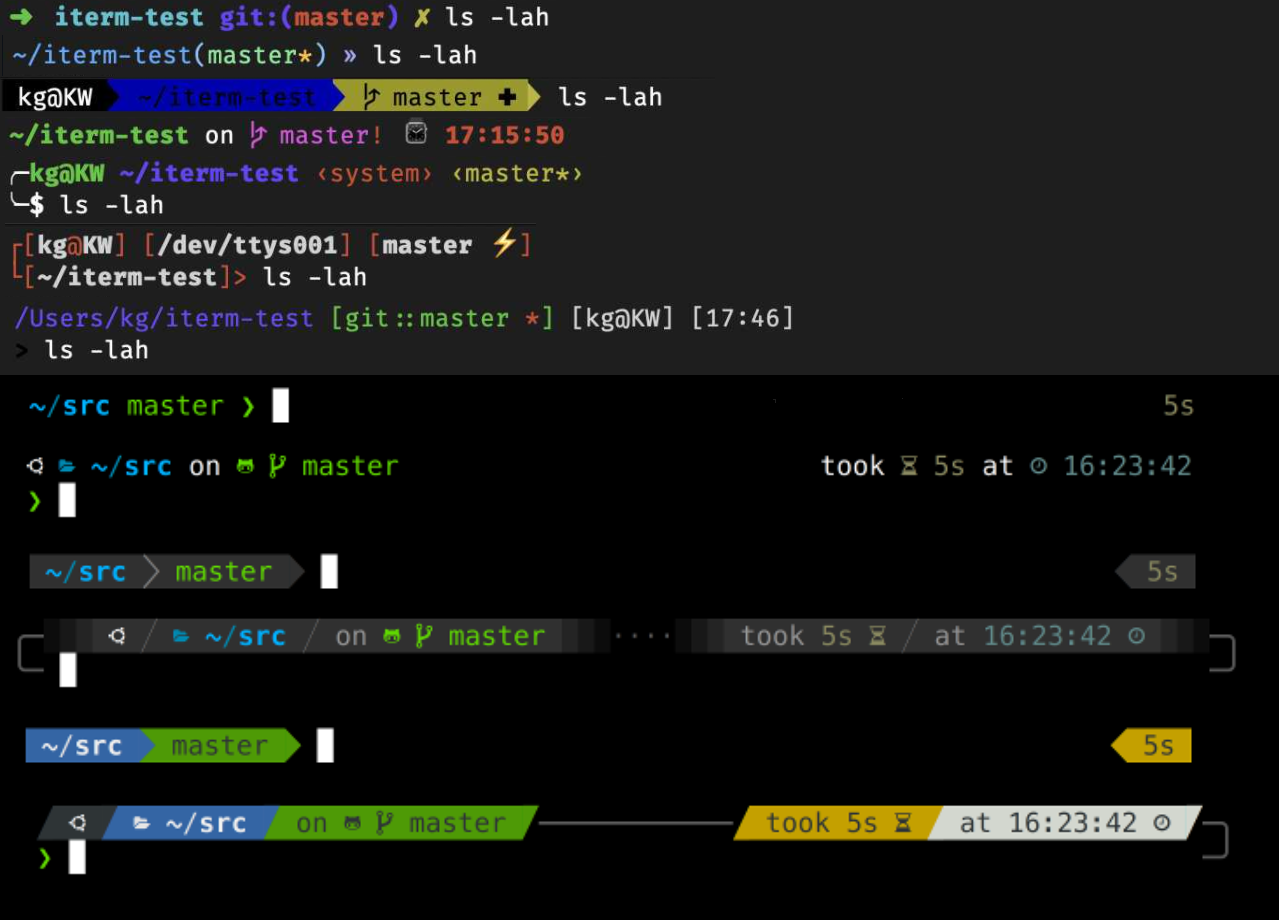 This plugin is my favorite: Powerlevel10k

Your prompt can change depending on what commands you’re running, what project directory you are in, etc.

For example: If you were in a node or npm/yarn based project directory, the right side of the prompt may show you the current node/npm/yarn version.

There’s also Fish shell that has a ton of advanced features, a lot of them being present in Zsh too, but I’ve not used it in a while, not since most of the features that I personally cared about were brought to Zsh as well.

You can do a very limited version of any of this in CMD. Though, if you’re running Windows Terminal, a lot more is possible when you’re inside WSL, but, not so much within Windows itself. CMD inside WSL doesn’t handle all the fanciness well enough.

Now, one of the major factors for folks working on any platform is, availability and ease-of-install of tools or packages.

You want to be able to install apache, node, or cowsay as painlessly and quickly as possible. You want the same ease of install even if your package happens to be a bit more obscure, and that’s only possible if your desired package is in the package registry at all.

Here’s a list of the popular package managers for each OS with their package counts (May 2021):

Here, apt is miles head. MacOS has macports and brew, for a total of ~32k packages. Chocolatey used to be the only package manager on Windows, and with 8.5k packages, it’s a bit limited, but honestly, it’ll have most packages that someone needs.

Windows is already getting a first-party package manager called Winget, but it’s new, and time will tell how well it flies. I’m hoping pretty well.

As of today, the situation with packages on windows is much better than it used to be. There was a time when you had to install things using installers, for software that you’d use a package manager for in other systems, it wasn’t a very uniform experience.

Today, I think that Windows works pretty well for software development as far as my use-cases go, which is Web Development. WSL has been a game-changer since it came out, and Windows terminal removes the last pain point with achieving the Linux experience on Windows to a great extent.

Windows itself needs a little more polish to be as smooth an experience as MacOS, but folks who haven’t used MacOS won’t really be bothered.

Built by Jayant Bhawal, who does stuff on the Web as a hobby.
You should follow him on Twitter or GitHub